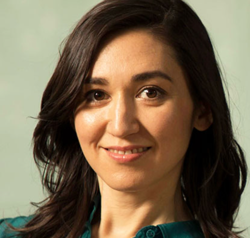 This is so great! And so deserved! I have always thought that the principal benefit to beiong an economist at U.C. Berkeley is how incredibly lucky we all are with our colleagues. It's nice to see the world recognizing that: American Economic Association: 2019 John Bates Clark Medal: "Emi Nakamura is an empirical macroeconomist who has greatly increased our understanding of price-setting by firms and the effects of monetary and fiscal policies. Nakamura’s distinctive approach is notable for its creativity in suggesting new sources of data to address long-standing questions in macroeconomics. The datasets she uses are more disaggregated, or higher-frequency, or extending over a longer historical period, than the postwar, quarterly, aggregate time series that have been the basis for most prior work on these topics in empirical macroeconomics. Her work has required painstaking analysis of data sources not previously exploited, and at the same time displays a sophisticated understanding of the alternative theoretical models that the data can be used to distinguish...

Economics tends to view growth as a continuous and diffuse process: if one firm does not solve the problem of how to efficiently utilize resources, others will and drive the first out of business; if one technological vein plays itself out, energy will focus on others. These readings all argue different. They argue one side of a debate. They argue either that some unique and particular institutions and technologies matter a lot. What kinds of evidence not presented in these readings might lead you to come down on one or the other of the many, many sides in this debate—either on the side of economists' standard prior, or that in fact it is still other and still different institutions or technologies or simply the aggregate state of the economy that matters the most?

Donaldson: Railways of the Raj

Nordhaus: The History of Lighting

The Market: As an Institution, Its Pros, and Its Cons

Continue reading "The Market: As an Institution, Its Pros, and Its Cons" »

At lunch last week Richard Thaler was skeptical that I had managed to identify ten different modes of market failure. I admit that this list has a little too much of the Borges-List Nature, but I do think it holds up. What do you think?: The Market Economy: Modes of Failure: Markets can go wrong—badly wrong. They can:

Harry Brighouse: Navigating the Need for Rigor and Engagement: How to Make Fruitful Class Discussions Happen: "Derek Bok... a passage that, ultimately, transformed my teaching:

Teaching by discussion can also seem forbidding because it makes instructors uncomfortably aware of their shortcomings. Lecturers can delude themselves that their courses are going well, but discussion leaders know when their teaching is failing to rouse the students’ interest by the indifferent quality of responses and the general torpor of the class. Trying to conduct a discussion with apathetic students is much like giving a bad dinner party...

Note to Self: _A Comment on Development Engineering: With respect to "doing good versus doing well"...

From an economist's point of view, the economy is a decentralized societal calculating machine. It looks at everybody, and tries, in a utilitarian way, to increase social welfare—which it roughly defines as summing everybody's well-being, with each person's well-being weighted by their lifetime wealth. This produces a system in which incentives are, and "doing well" achieved by, increasing resources that produce things for which rich people have a serious Jones.

Serving the global poor is not going to do that. Som making a living serving the poor requires focusing on one of two things:

Yes, some of these have been highly revised since they were submitted for a grade. Why do you ask? :-)

The Shutdown: Let's review the bidding: Pelosi, Ryan, McCarthy, Schumer, McConnell, Trump reached a deal. Deal passes Senate unanimously. Trump watches "Fox and Friends". Trump announces he won't sign the deal. Paul Ryan—desperate not to embarrass Trump more—won't let the House vote on the deal. Ryan goes out and Pelosi gets in on January 4, and Pelosi passes the deal through the House. But because it is a new congressional session, the Senate's approval has expired. And McConnell—desperate not to embarrass Trump more—is now holding things up in the Senate.

From Pelosi and Schumer's standpoint, the big problem is this: they reach a new deal with Trump, Fox and Friends finds some reason to slag it, Trump backs out again.

The right, rational response to this situation is for Pelosi, McCarthy, Schumer, and McConnell to strike deals and then pass them with veto-proof majorities. But McCarthy and McConnell are too scared of Trump and not concerned enough about the well-being of the country to do that.

2.5 million people aren't getting their paychecks and 800,000 are getting very little work done. That's about a 0.5%—10 billion over the past month—hit to the economy. We won't see that because of oddities in the how the public sector is folded into official statistics, but it is there. Will there be a multiplier applied to it? In a year I will have the data so that then I will be able to look back and tell you. I cannot tell you now...

Commonwealth Club: Brad DeLong and Stephen Moore: Bank of America/Merrill Lynch Walter E. Hoadley Annual Economic Forecast | Commonwealth Club: "FRI, JAN 25 / 12:00 PM :: The Commonwealth Club :: 110 The Embarcadero :: Taube Family Auditorium :: San Francisco, 94105: With changes to taxes, trade wars with China and other countries, health care in flux, housing prices continuing to rise, continued governmental gridlock as well as international challenges to the United States, what does all of this mean for your business, your investments and the overall economy for 2019?...

Note to Self: Time to taunt people on the other coast? 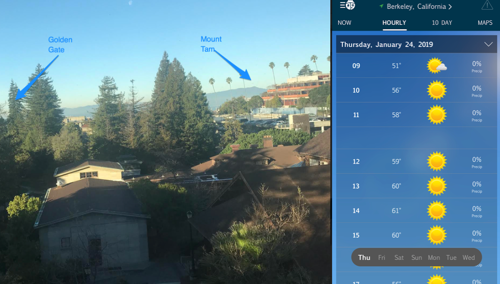 According to my Grandmother Florence Richardson Usher Lord, my Great-Great Uncle Abbott Payson Usher back in The Day used to teach—very boringly, she said—(1) Middle Ages, (2) Commercial Revolution, (3) Industrial Revolution, (4) Age of Modern Science, with growth accelerations in each of the four: Dietz Vollrath: Sustained growth and the increase in work hours: "Jane Humphries and Jacob Weisdorf... labor contract terms in England over several centuries... annual labor contracts starting seeing sustained growth in their value around 1650 or so, far sooner than the day wages indicated...

Global North research university problem: Speaker: My major concern is: How can I be interested in fewer things?...

The unfortunate fact is that economists have gotten too good at making theories. In fact, the set of plausible and admissible economic theories is now dense in the space of possible conclusions: For every desired conclusion X, for every ε, and for a norm of "closeness" ||, there is a chain of theories T of increasing complexity indexed by n and a degree of theoretical complexity nδ such that:

Or: with enough time and ingenuity and sweat, a theorist can prove that anything can be an equilibrium.

"You don’t get to claim that you’re not attacking the university when your first few sentences read like that. It suggests a lack of clarity in the argument—a sentence I would have written if I had been asked to peer-review this essay". Dan Drezner mocks the anti-humanities industry, and, boy, is it mockable: Daniel Drezner: A Paper That Would Never Have Gotten Past Peer Review Criticizes the Academy. Film at 11: "Last year scholars James A. Lindsay and Peter Boghossian proudly declared that they had hoodwinked a peer-reviewed journal into publishing nonsense.... That... was riddled with problems, not the least of which was that the journal they had hacked was a pay-for-play scam...

Note to Self: Books for Econ 210a: Introduction to Economic History (Spring 2019)

Note to Self: Optional Readings by This Year's Note Prize Winners:

Just in time for midterm exams: M. Aurelius Antoninus: :M. Cornelius Fronto: "To my teacher: I received two letters from you at the same time. In one of them, you were criticizing me and you were showing that I wrote a sentence rashly; in the second, however, you were trying to approve my work with praise. Still, I swear by my mother and by my health that I got more joy from the first letter...

Consumption and Well-Being in the Solow Model

Continue reading "Consumption and Well-Being in the Solow Model" »

Note to Self: I want a prize for this! What kind of prize can I get for this? To whom should I apply for my prize?

Tools: The Usefulness of Mathematics in Economics

Continue reading "Tools: The Usefulness of Mathematics in Economics" »

Resources on the Kinds of Uses of Math I Am Trying to Use in Econ 101b This Fall...

Street-Fighting Mathematics and Other Tools

Slides for DevEng 215: Global Poverty Challenges and Hopes: A Perspective for Development Engineers

Humans as an Anthology Intelligence

The Uses of a University