Bill Janeway: Doing Capitalism in the Innovation Economy 2.0 https://books.google.com/books?isbn=1108471277: "The innovation economy begins with discovery and culminates in speculation. Over some 250 years, economic growth has been driven by successive processes of trial and error: upstream exercises in research and invention and downstream experiments in exploiting the new economic space opened by innovation...

...Drawing on his professional experiences, William H. Janeway provides an accessible pathway for readers to appreciate the dynamics of the innovation economy. He combines personal reflections from a career spanning forty years in venture capital, with the development of an original theory of the role of asset bubbles in financing technological innovation and of the role of the state in playing an enabling role in the innovation process. Today, with the state frozen as an economic actor and access to the public equity markets only open to a minority, the innovation economy is stalled; learning the lessons from this book will contribute to its renewal...

Musings on the Science of "Scaling": Blum Center U.C. Berkeley 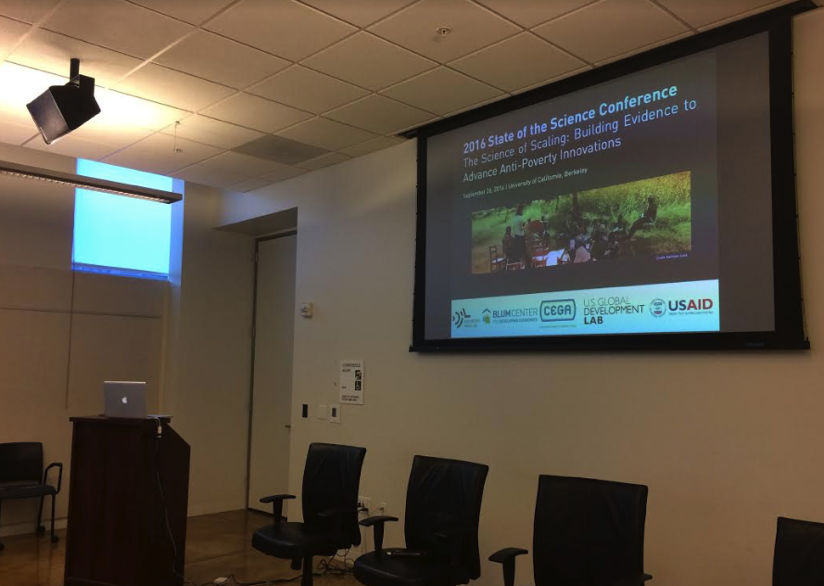 This is not at all the so-called "replication crisis".

Sponsored by the Blum Center on Developing Economies, the Political Economy Major, and the Institute for New Economic Thinking through the Berkeley Economic History Lab

February 18, 2011: "Austerity" in the Context of the Global Economic Downturn

For nearly 200 years economists from John Stuart Mill through Walter Bagehot and John Maynard Keynes and Milton Friedman to Ben Bernanke have known that a depression caused by a financial panic is not properly treated by starving the economy of government purchases and of money. So why does "austerity" have such extraordinary purchase on the minds of North Atlantic politicians right now?

Let me speak as a card-carrying neoliberal, as a bipartisan technocrat, as a mainstream neoclassical macroeconomist--a student of Larry Summers and Peter Temin and Charlie Kindleberger and Barry Eichengreen and Olivier Blanchard and many others.

We put to one side issues of long-run economic growth and of income and wealth distribution, and narrow our focus to the business cycle--to these grand mal seizures of high unemployment that industrial market economies have been suffering from since at least 1825. Such episodes are bad for everybody--bad for workers who lose their jobs, bad for entrepreneurs and equity holders who lose their profits, bad for governments that lose their tax revenue, and bad for bondholders who see debts owed them go unpaid as a result of bankruptcy. Such episodes are best avoided.

From my perspective, the technocratic economists by 1829 had figured out why these semi-periodic grand mal seizures happened. In 1829 Jean-Baptiste Say published his Course Complet d'Economie Politique... in which he implicitly admitted that Thomas Robert Malthus had been at least partly right in his assertions that an economy could suffer from at least a temporary and disequliibrium "general glut" of commodities. In 1829 John Stuart Mill wrote that one of what was to appear as his Essays on Unsettled Questions in Political Economy in which he put his finger on the mechanism of depression.

What was not settled back in 1829 was what to do about this. Over the years since, mainstream technocratic economists have arrived at three sets of solutions:

There are a great many subtleties in how a government should attempt to do (1), (2), and (3). There is much to be said about when each is appropriate. There is a lot we need to learn about how attempts to carry out one of the three may interfere with or make impossible attempts to carry out the other branches of policy. But those are not our topics today.

Nevertheless, you listen to the speeches of North Atlantic policymakers and you read the reports, and you hear things like:

“Obama said that just as people and companies have had to be cautious about spending, ‘government should have to tighten its belt as well...’”

Now there were—and perhaps there still are—people in the White House who took these lines out of speeches as fast as they could But the speechwriters keep putting them in, and President Obama keeps saying them, in all likelihood because he believes them.

And here we reach the limits of my mental horizons as a neoliberal, as a technocrat, as a mainstream neoclassical economist. Right now the global market economy is suffering a grand mal seizure of high unemployment and slack demand. We know the cures--fiscal stimulus via more government spending, monetary stimulus via provision by central banks of the financial assets the private sector wants to hold, institutional reform to try once gain to curb the bankers' tendency to indulge in speculative excess under control. Yet we are not doing any of them. Instead, we are calling for "austerity."

John Maynard Keynes put it better than I can in talking about a similar current of thought back in the 1930s:

It seems an extraordinary imbecility that this wonderful outburst of productive energy [over 1924-1929] should be the prelude to impoverishment and depression. Some austere and puritanical souls regard it both as an inevitable and a desirable nemesis on so much overexpansion, as they call it; a nemesis on man's speculative spirit. It would, they feel, be a victory for the Mammon of Unrighteousness if so much prosperity was not subsequently balanced by universal bankruptcy.

We need, they say, what they politely call a 'prolonged liquidation' to put us right. The liquidation, they tell us, is not yet complete. But in time it will be. And when sufficient time has elapsed for the completion of the liquidation, all will be well with us again.

I do not take this view. I find the explanation of the current business losses, of the reduction in output, and of the unemployment which necessarily ensues on this not in the high level of investment which was proceeding up to the spring of 1929, but in the subsequent cessation of this investment. I see no hope of a recovery except in a revival of the high level of investment. And I do not understand how universal bankruptcy can do any good or bring us nearer to prosperity...