Reflecting on Masterclasses in Rhetoric Taught in Recent Videos...

Or, alternatively, at least read the transcript—but watching is better.

The panel is worth watching and reflecting upon and not just because of the ideas discussed. It is also very much that there were two people on that stage who are true masters of rhetoric, and their performances are masterpieces: Gillian Tett and Steve Schwartzman.

Hoisted from the Archives: Debt to GDP Ratios and Future Economic Growth 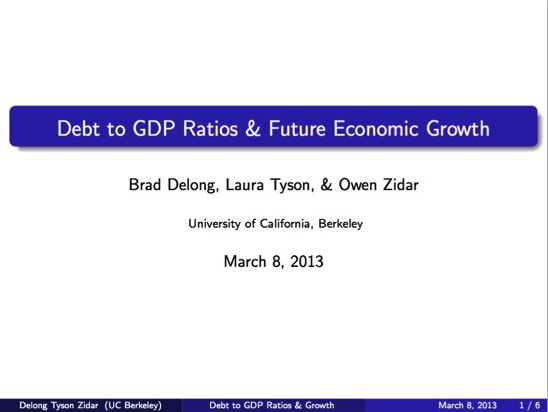 Over at Equitable Growth: I never turned this into a proper piece...

At some deep level, the overwhelming problem is that Eurocrat elites--and, to a remarkably and unhealthy degree, American elites and not just republican legislators--believe that:

We are indeed trapped in the sewer of Romulus... READ MOAR