We have had the arguments about digital technology, robots, and the end of meaningful work before:

[In walk the drones]

Today we celebrate the first glorious anniversary of the Information Purification Directives.

We have created for the first time in all history a garden of pure ideology, where each worker may bloom, secure from the pests of any contradictory true thoughts.

Our Unification of Thoughts is more powerful a weapon than any fleet or army on earth.

We are one people, with one will, one resolve, one cause.

Our enemies shall talk themselves to death and we will bury them with their own confusion.

[Hammer is thrown at the screen] 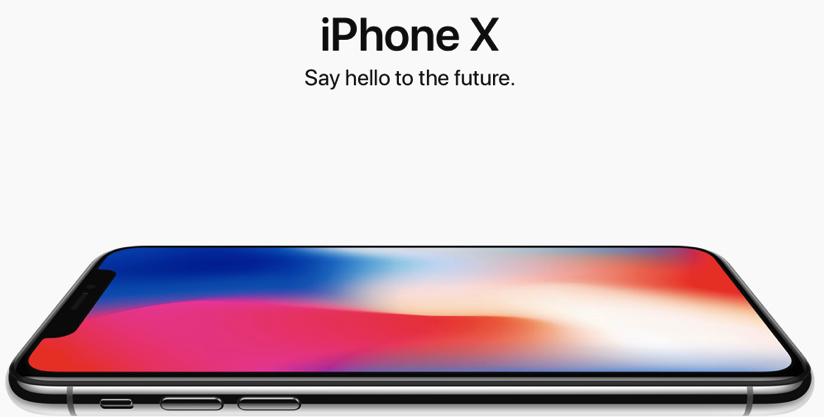 Consider the 256 GB memory iPhone X: Implemented in vacuum tubes in 1957, the transistors in an iPhoneX alone would have:

How much would it have cost you to buy a vacuum tube sixty years ago, back in 1957? 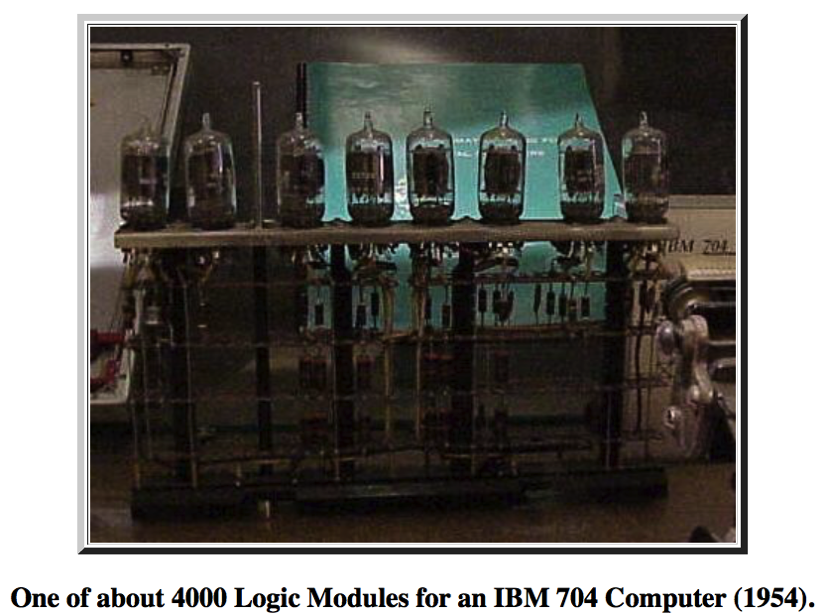 The transistors in an iPhoneX would, back in the late 1950s, implemented in vacuum tubes, have:

for the late-1950s vacuum tubes to match one iPhoneX...

And we haven't even gotten started on the hardware architecture, or on the software and maintenance support necessary to emulate an iPhoneX at speed back in the late 1950s... 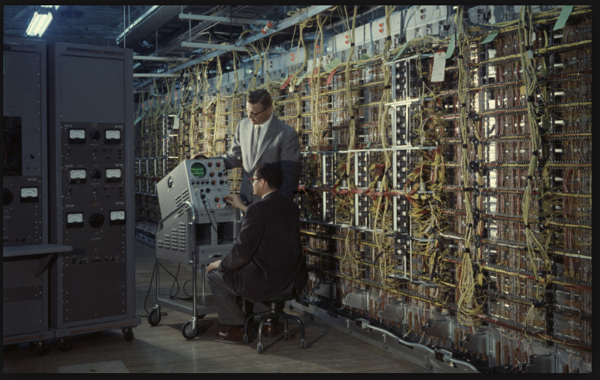 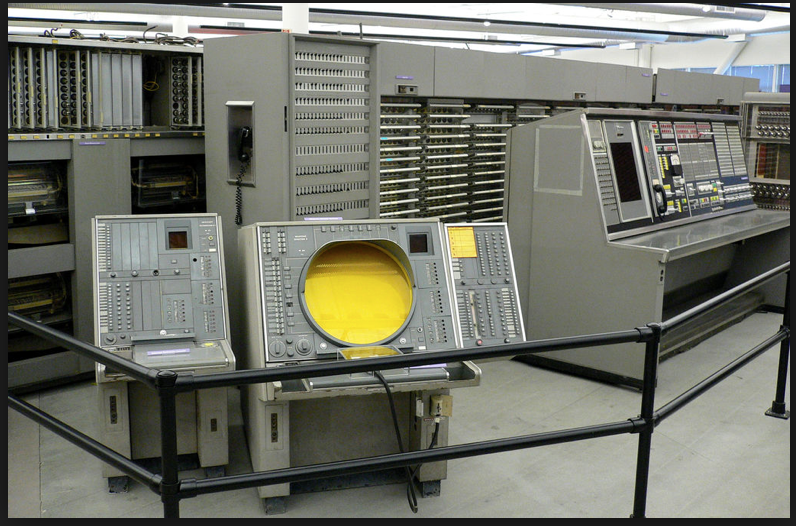 Information Technology and the Future of Society (My CITRIS Kickoff Talk) http://www.j-bradford-delong.net/TotW/citris_kickoff.html: For perhaps 9000 years after the beginnings of agriculture the overwhelming proportion of human work lives were spent making things: growing crops, shearing sheep, spinning yarn, weaving cloth, throwing pots, cutting down trees, copying books, and so on, and so forth.

Technology did improve enormously over those 9000 years: contrast the clothes-making technology at the disposal of Henry VIII of England with that of Rameses II of Egypt three thousand years before; contrast the triple-crop paddy-irrigated rice- and water-control-based agriculture of the Yangtze Delta in eighteenth-century China with the scratch-the-soil-with-a-hoe agriculture of two thousand years before.

But as Thomas Robert Malthus first wrote in the 1790s, rising populations had put enough pressure on scarce natural resources to offset the benefits of better technology and keep living standards nearly constant for the people if not for the elite: American President Thomas Jefferson in 1803 A.D. certainly enjoyed a higher standard of living than Roman Consul Marcus Tullius Cicero in 63 B.C. But did Jefferson's slaves enjoy a higher standard of living than Cicero's? A large amount of archeological evidence has not yet found significant differences.

For the past two hundred and fifty years, since the start of the Industrial Revolution, the productivity of those workers who make things has exploded. Hand-spinners in the eighteenth century took 50,000 hours--20 full work-years--to spin 100 lbs of cotton into thread (Freeman and Louca (2001), and spinning of one sort or another took up perhaps 5% of total labor-time. Today it takes 40 work hours to spin 100 lbs. of cotton: a more than thousand-fold amplification of productivity in this one task.

As our productivity at growing crops and making things has exploded, demand for the things we make has grown too, but not fast enough to keep the crop-growing, food-cooking, mineral-extracting, clothes-making, box-carrying, and other goods-producing share of our economy's labor force from falling. Today those who in any earlier age would be classified as "production workers"--and would have been the overwhelming majority of the labor force--are perhaps 20% of our economy, and the bulk of them are better characterized as machine-watchers and machine-fixers. According to Stanford's Robert Hall, as early as 1980 there were twice as many salesmen in Ford-selling auto dealerships as there were assembly-line workers employed by Ford Motor Company.

So what are the rest of us--the other 80%--doing? In a sense, we all--from U.C. professors to chief technical officers to xerox operators, Ford Salesmen, cashiers, and parking-lot attendants--are and have long been information workers: people whose jobs are, if we examine them closely, largely concerned with determining what exactly the goods-producing sectors should make, how it should be made, where it should go, and to whom it should be distributed--and that is leaving aside the large chunk of our economy that is symbolic communication as an end in itself.

Today we see--not yet sharply, not yet clearly, but no longer dimly--the prospect that the ongoing technological revolutions in data processing and data communications will do for the "information" sectors of the economy something like what the Industrial Revolution did for goods-producing sectors like cotton spinning. As Steve Cohen over in the City Planning department here likes to say, you are now building the equivalent of the industrial-age tools for shaping and handling matter, but you are building tools for thought (Cohen, DeLong, and Zysman (2001)). And if we can figure out how to make these tools for thought fulfill their promise, they should produce a quantum jump in our technological power, economic productivity, and--we hope--quality of life of as many energy levels as the jump of the Industrial Revolution itself.

But there are major problems of social engineering and organizational design that stand in our way. A century or so ago, at the height of the Industrial Revolution, the market economy turned out to have an extraordinarily good fit with the developing industrial technologies of goods-making. It provided a framework of social organization that was extraordinarily effective in providing people with incentives to carry on activities that generated rapid technological development, capital accumulation, and economic growth.

An effective form of social organization faces decision makers with incentives that mirror the impacts of their actions on society as a whole.

Because the goods produced by industrial technologies were rival--that is, could only be of use to one person at one time--each person's use of such a good diminished the supply available to the rest of society. Thus it made sense from the viewpoint of efficient distribution to require that users pay a price--diminish their ability to acquire and use other resources--for commodities. And those prices paid then gave producing organizations the resources to carry on and expand their activities.

Because the goods produced were excludable--that is, it was by-and-large straightforward to limit control over use to those authorized--it was easy and straightforward to push decision-making outward from the clueless bureaucratic center to the periphery where people on the ground might actually have a good sense of the situation, and of what should be done.

These three advantages--earmarking additional resources for successful and efficient production organizations, providing users with incentives for economically-efficient distribution, and decentralization of decision-making to where the knowledge was likely to be--were delivered by accident by the trade-and-market economic structure of Adam Smith.

But now as we try to realize the technological promise of information technologies, the old forms of economic organization no longer have a natural fit with the requirements of technological development and economic growth. Once an "information good" has been produced, sharing it with another person doesn't reduce the rest of society's resources and opportunities. So there is no efficient-distribution reason to charge a price for it.

But where then does the flow of signals to assess which production organizations are efficient come from?

In an earlier age we would be more inclined to rely on government funding, but these days we have a keen awareness of the advantages in applied development at least of semi-Darwinian competitive mechanisms, where investigators are responsible to investors seeking profits and not to committees seeking whatever committees seek.

Moreover, it is only with difficulty that information goods are excludable. But if their use can't be restricted to authorized users, then the entire market-as-a-social-calculating-and-signalling mechanism simply breaks down. Unfortunately, attempts to make information goods "excludable" by various forms of use protection waste valuable time and energy: I shudder at the memory of having spent two hours on hold during three phone calls, and having spent another two hours of my time rebooting and reading installation error messages the last time I tried to upgrade one of the Adobe programs--GoLive--on this laptop. I doubt I'll ever be able to face the prospect of buying another Adobe program again.

Two things, however, are clear. First, caught between "government failures" in applied research and the ever-larger "market failures" that will be created as the characteristics of information-age goods clash with the requirements for market efficiency, intermediate forms of organization--like large publicly-funded research universities--need to play an even larger role in research and development in the future than they have in the past.

Projects like CITRIS promise the benefits of government research--the wide distribution of knowledge and the acceleration of cumulative research--and the benefits of private entrepreneurship--the willingness to take risks and investigate large numbers of potential development projects rather than just those that have won the stamp of approval of a single central committee. It is the task of chancellors and deans, of course, to make sure that projects like CITRIS don't wind up producing the drawbacks of both forms of organization: the strangulation by bureaucratic red-tape and committee infighting of government, combined with the restrictions on the distribution of information and the use of products that make a large share of private-sector development work duplicative of what has already been done.

Second, realizing the promise of the Societal-Scale Information Systems that are the Holy Grails of this quest will turn out to be a problem of social engineering as well as computer science. I have long wondered just why it was that the first half of the 1980s were the era of the IBM PC rather than of the DEC VAX--when the hardware cost of a VAX was, as best as I can guess, no more than 1/5 that of the equivalent number of 8086 machines, and when thanks largely to Berkeley UNIX there was no comparison at all in software. The answer lies somewhere in social engineering--that somehow paying out five times as much for inferior software was worth not having to wrestle with established MIS bureaucracies. But what the answer is I am not sure.

So let me turn this into a sales pitch for the social scientists at Berkeley interested in information technology--from Manuel Castells in sociology to Pam Samuelson and Mark Lemley at the law school to John Zysman and Steve Weber in political science to Hal Varian and his SIMians to Suzanne Scotchmer at public policy to the industrial organization and antitrust barons of the business school and the economics department--Glenn Woroch, Rich Gilbert, Dan Rubinfeld, Mike Katz, Carl Shapiro--and a host of others. I do not know of a place with a more vibrant and smarter community of scholars interested in the social engineering aspects of information technology.

And I do not know of a better place than this to assemble the resources to build the Societal-Scale Information Systems that can make information technologies realize their promise.