Very wise words from close to where the rubber meets the road about how the Rise of the Robots is likely to work out for the labor market over the next generation or so: Shane Greenstein: Adjusting to Autonomous Trucking: "Let’s come into contact with a grounded sense of the future.... Humans have invented tools for repetitive tasks, and some of those tools are becoming less expensive and more reliable...

Jen Werner and Brad DeLong: Government Is a Growth Engine: "America ignores history at its peril, warns J. Bradford DeLong... [who] believes the U.S. government has always played a vital role in encouraging growth and supporting entrepreneurial innovation. But in an increasingly ideological environment, lawmakers give regulation short shrift, he fears--with dangerous consequences like excessive financialization and the 2008 market meltdown. In his latest book, Concrete Economics: The Hamilton Approach to Economic Growth and Policy, co-authored with Stephen Cohen... DeLong argues that things can be different... invokes the legacy of founding father Alexander Hamilton...."

Werner: Why have new mechanisms for economic growth been elusive?

DeLong: Well, it;s genuinely hard to think of good ways of organizing large groups of people to coordinate what they do. Markets are a unique sweet spot for a particular set of commodities produced under a particular set of conditions that more or less approximated those that Adam Smith faced. Today it's very different, and the problem of what economic theorists call mechanism design is a very difficult one. Look at the trouble we're having simply trying to arrive at a functioning system, let alone an optimal system, for health insurance.

These days when you talk about Hamilton
People want you to get your rap on
Infringing Manuel’s intellectual property
Is not where any of us want to be.

...If you thought the US achieved its great wealth through free markets and small government, you might not have been paying close attention to actual history, according to the authors of this book.

Must-Read: Some very nice thoughts about our Concrete Economics from the extremely-sharp Justin Fox:

Justin Fox: The U.S. Could Use a New Economic Strategy: "In his four-plus years as the country's first treasury secretary...

The role of the government in growing and directing the U.S. economy is often hotly debated and often overlooked, but it goes back to what Alexander Hamilton set into motion as the country’s first Secretary of the Treasury, said Stephen Cohen, author of Concrete Economics. 'It’s a simple game where entrepreneurs and government come together to reshape the economy,' said Cohen. 'It’s like tigers mating, they don’t sit around and cuddle very long.' Cohen is a professor emeritus of city and regional planning at the University of California at Berkeley. He also codirects the Berkeley Roundtable on the International Economy. His previous books include The End of Influence with J. Bradford DeLong. Cohen said that Hamilton used tariffs to protect the fledgling nation’s fragile economy in a deliberate and 'concrete' manner. He said presidents Lincoln, Roosevelt (FDR) and Eisenhower similarly took the lead in opening new economic spaces.

Must-Read: Justin Fox: The U.S. Could Use a New Economic Strategy: "In his four-plus years as the country's first treasury secretary...

Over at Project Syndicate: Pragmatism or Perdition 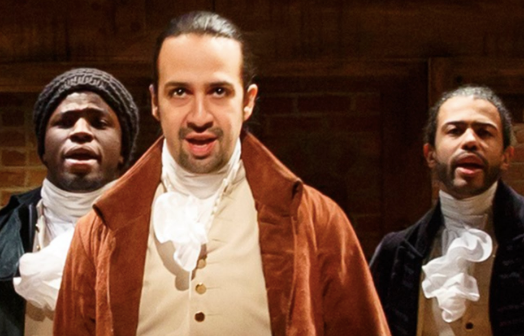 Over at Project Syndicate: Pragmatism or Perdition: BERKELEY – It is almost impossible to assess the progress of the United States economy over the past four decades without feeling disappointed. From the perspective of the typical American, nearly one-third of the country’s productive potential has been thrown away on spending that adds nothing to real wealth or destroyed by the 2008 financial crisis. Since the mid-1970s, the US has ramped up spending on health-care administration by about 4% of GDP and increased expenditure on overtreatment by about 2% of GDP. Countries like Canada, the United Kingdom, and France have not followed suit, and yet they do just as well – if not better – at ensuring that their citizens stay healthy. Meanwhile, over the same period, the US has redirected spending away from education, public infrastructure, and manufacturing toward providing incentives for the rich... READ MOAR

It is very nice to get a favorable view that indicates that the book we wrote is--at least in some respects--the book we thought we had written and tried to write. So Steve and I find ourselves especially grateful this weekend to the very-sharp Ed Luce:

Ed Luce: Is robust American Growth a Thing of the Past?: "My hunch is that [Robert] Gordon is a little too adamant...

...Perhaps we will come up with a cure to Alzheimer’s disease... androids will take... all the low-paying jobs. But even if he is right, there are things we can do.... The embittered US presidential primary battle offers a case study of what happens to politics when people’s economic hopes are dashed.... For an antidote to Gordon’s fatalism, turn to Concrete Economics.

This short book, by the economists Stephen Cohen and Bradford DeLong, is light on data and high on readability. What it shares with Gordon is the view that today’s economy is not serving most Americans well. Growth has slowed and inequality has risen.

As You Can Tell, I at Least Am Trying to Sail as Close to the "Hamilton" Musical Boom as I Can...

I must say, the idiom of Lin-Manuel Miranda and his company is absolutely perfect: these weren't Men of Marble, these were highly-energetic highly-flawed highly-ambitious young men seriously on the make... 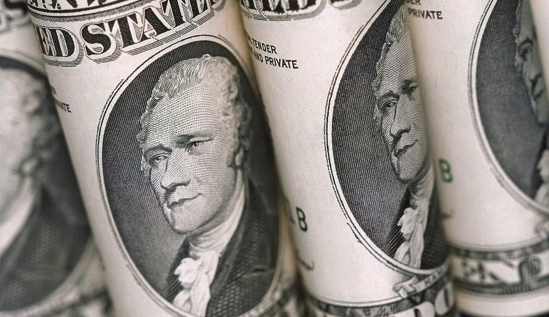 Continue reading "The "In Praise of Alexander Hamilton" Section from Our "Concrete Economics". In Fortune Online" »

Concrete Economics: The Hamilton Approach to Economic Growth and Policy

America’s debate about economic policy goes way wrong whenever it is ruled by ideology.

It doesn’t matter much which ideology—a rigid and ideologized Hamiltonianism would have been (almost) as bad as rigid-Jeffersonianism, an excessive attachment to outmoded industries or to ways of delivering social-insurance that were merely emergency expedients when adopted in the 1930s would be (almost) as bad as the market-worshipping sects of neoliberalism. Thus we say:

America’s debate about economic policy goes largely right whenever it is ruled by pragmatism.

So I now have a problem. HBR Press would be extremely annoyed if I were to simply dump the book (or large parts of the book) online. But I really do want to do so. I am excited about the big idea. And I want this big idea to get out into the world undistorted.

So how should Steve and I tease this book of ours?