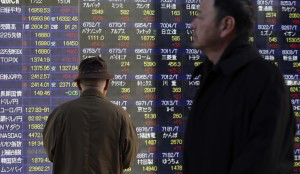 From the "Meeting Report" section of the Fall 2015 Brookings Papers on Economic Activity:

”Fredric Mishkin elaborated on the issues that discussant Adam Posen had raised...

...regarding how demoralizing the outcomes from Japanese monetary policy have been. He had felt more strongly than Posen that expectations were very important and that managing expectations is a key element in good monetary policy. He and his colleagues expected much stronger effects in Japan from the expansion of its monetary policy. Japan’s outcome might demonstrate that raising inflation expectations is much more difficult than lowering them, and moreover this might be true globally.

Social Credit Is the Answer!! 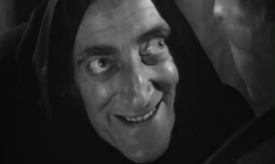 Why is it called: "helicopter money"? Why isn't it called: "expansionary fiscal policy with monetary support to neutralize any potential crowding-out of private-sector spending"?

Why did Milton Friedman set it forth in his writings as one of the paradigmatic cases of expansionary monetary policy? Why did Ben Bernanke refer to it and so gain his unwanted nickname of "Helicopter Ben"?

In Milton Friedman's case, I believe that it was a conviction that the LM curve was steep enough and the IS curve flat enough that the fiscal side was fundamentally unimportant--that about the same effects were achieved whether the extra money was introduced into the economy via being dropped from helicopters or via open-market operations. To focus on how open-market operations worked would thus confuse listeners who would then have to think through asset market-equilibrium to no substantive gain in understanding. In Friedman's view, the entire Tobin analytical tradition, not to mention Wicksell, was largely a distracting waste of time. So why go there?

Must-Read: [And no sooner do I write:]

There are three possible positions for us to take now:

Quantitative Easing: Walking the Walk without Talking the Talk?

The extremely-sharp Joe Gagnon is approaching the edge of shrillness: he seeks to praise the Bank of Japan for what it has done, and yet stress and stress again that what it has done is far too little than it should and needs to do:

Joe Gagnon: The Bank of Japan Is Moving Too Slowly in the Right Direction: "Bank of Japan Governor Haruhiko Kuroda's bold program...

...has made enormous progress, but it has fallen well short of its goal of 2 percent inflation within two years. Now is the time for a final big push... The government of Prime Minister Shinzo Abe could help by raising the salaries of public workers and taking other measures to increase wages.... But the BOJ should not make inaction by the government an excuse for its own passivity....

Skidelsky on: The Two Big Economic Policy Failures That John Maynard Keynes Would Be Disappointed by Today

I missed this six months ago:

Julie Verhage: The Two Big Economic Policy Failures That John Maynard Keynes Would Be Disappointed by Today: "The famous economist isn't around for us to ask him...

...but here is probably the next best thing. Robert Skidelsky... said... Keynes would have found two things upsetting. First, he would be frustrated with the lack of  precautions taken to prevent a huge financial crash like the one we saw in 2008. Secondly, Lord Skidelsky believes Keynes... would have wanted a more 'buoyant response,' he said.  Specifically, he doesn't think Keynes would have liked the Federal Reserve's quantitative easing....

Continue reading "Skidelsky on: The Two Big Economic Policy Failures That John Maynard Keynes Would Be Disappointed by Today" »

Over at Huffington World Post: Future Economists Will Probably Call This Decade the 'Longest Depression'

Over at Huffington World Post: Future Economists Will Probably Call This Decade the 'Longest Depression': Posted: 01/08/2016 9:28 am EST Updated: 49 minutes ago: Economist Joe Stiglitz warned back in 2010 that the world risked sliding into a 'Great Malaise.' This week, he followed up on that grim prediction, saying, 'We didn't do what was needed, and we have ended up precisely where I feared we would.' READ MOAR

What Is the Eccles Building Thinking Today? II: The Reasonable People Are Very Unreasonable Indeed

Over at Equitable Growth: Larry Summers: What Should the Fed Do and Have Done?: "The Federal Reserve... has strongly signaled that it will raise rates...

...Given the strength of the signals that have been sent it would be credibility-destroying not to carry through with the rate increase, so there is no interesting discussion to be had about what should be done on Wednesday...

This seems to me to be wrong: credibility that one will stubbornly pursue bad policies is not worth gaining, or preserving. READ MOAR

What Is the Eccles Building Thinking Today? I: The Failure to Think Through the Consequences of "Secular Stagnation"

Over at Equitable Growth: Olivier Blanchard, at least, has said that the secular decline in global real interest rates and increased macro instability means that the 2%/year inflation target was greatly ill-advised and needs to be raised to 4%/year. But, among the great and good who staff the finance ministries, central banks, and international organizations these days, he is nearly alone. And the other pieces of the policy puzzle that might get us out of our zero-lower-bound-secular-stagnation pickle--aggressive redistribution via taxes and transfers, higher debt levels for reserve currency-issuing sovereigns with exorbitant privilege to boost the supply of safe assets, reducing risk premia by governments' assumption of the role of entrepreneurial risk-bearer of last resort, international organizations that emerging markets regard as friends rather than enemies--are nowheresville. READ MOAR

Continue reading "What Is the Eccles Building Thinking Today? I: The Failure to Think Through the Consequences of "Secular Stagnation"" »